It seems the United States is not the only country that would rather beat peaceful protestors than honor their concerns.  Reports of 4 to 6 police cars have been torched and burned near Rexton, New Brunswick, Canada, Thursday, as hundreds of para-military Royal Canadian Mounted Police (RCMP) moved in forcefully to serve a court order.

The injunction being served enforces removal of barricades the Mi’kmaq Warrior Society had been using for the past two weeks in order to cut off SWN Resources Canada Inc. (a Houston, TX based company) from its fracking equipment that had not been appropriately approved for work and passage on tribal land.  Among the equipment are thumper trucks, large vehicles that gather seismic data to determine the possible location of natural gas.  Why such numbers and brute force were used to serve a legal document is still a matter of speculation among the Warrior Society, as well as their immediate and global virtual community, but a couple press statements made by the Crown and Prime Minister Harper the prior day hint at the Warriors’ speculation.

RCMP kicked the day’s events off by moving in early in the morning.  Reporter Miles Howe, of Media Co-Op, reported, “There are about 75 of them, about 10 in military fatigues, all guns drawn,” before he was later arrested, himself. (All charges against him were later dropped, though the RCMP were successful in eliminating mainstream media coverage for some time as a result of the tactic.)  Another reporter using the handle @Stimulator also had his laptop confiscated.

Reports later in the day counted more than 200 RCMP present in similar garb and oppressive weaponry.  One officer was quoted as yelling, “Crown land belongs to the government, not to fucking natives,” by Aboriginal Peoples Television Network’s, Ossie Michelin during the raid.

These are not just officers following orders, but officers with something personal involved.  There is no reason for such vitriol, such personal anger in serving an injunction against peaceful protestors.  Anyone who loves actual, true freedom, whether they agree or disagree with the cause at hand, should understand and respect the right to peaceful dissent.  Such ugliness as portrayed by the RCMP even simply linguistically (guns and hordes of officers aside), is evidence of the effectiveness of propaganda and corporate influence across the globe.  Certainly in Canada in any event.  Idle No More did not rise up for nothing!

As the scene escalated throughout the day, resulting in arrests, shots fired,  and injured women and elders, police vehicles were torched with Molotov cocktails and the social media storm began erupting.  It didn’t take long, however, before a specific photograph depicting a man masked in a bandanna, standing in front of the burning cars with his fist in the air, started circulating the web, implying that he was another Mi’kmaq warrior, a hero, but reports from those on the frontline quickly began to turn around and circulate another picture alleging the man to be a Canadian provocateur who works with the government, rats on fellow activists, and abuses women.  It was also stated outright by those on the frontline that his presence is not welcome.

Other folks commenting in online who claim to know the man offered “No wonder!” statements, confirming the man’s dubious reputation and that he, in fact, very well could be an agent provocateur, which is an old routine–government sends in agents to mingle with the protestors and create a disturbance (usually some form of violence if possible), thereby giving the government a cover story for invading and carrying out its desired agenda.  This suspicion, however, has not been verified.  Once a car has been torched, though, let alone up to 6 cop cars, police have every alibi they need to storm in and bust up the place, as was also made clear in the Occupy movement park encampments in 2011.

And storm the RCMP did, with their guns, hoses, sniper rifles, tear gas, attack dogs… you name it.  Protestors responded in turn with words, with prayer, with drums, feathers, and sometimes, when driven to extreme distress, rocks.  Simple rocks along the side of the road against the Goliaths of the corporate world, invisible in their distant glass towers a country away.  Not much has changed, it seems.

Amidst all this is yet another interesting, possible government ploy to create division among the protestors.

According to APTN National News, notes by an unknown author from an Oct. 9th meeting between Elsipogtog Chief Aarren Sock and Premier David Alward suggest that two advisers working with Chief Sock are also provincial employees, seriously calling into question Sock’s commitment to stand by the community and his people.  (On Oct. 1st–Treaty Day–Sock demanded SWN Resources leave the area and declared that the Elsipogtog were reclaiming all unOccupied Crown lands.)  To make matters worse, the two advisers under Sock–John Deveau and Wendell Metallic–have ties to the gas and oil industry, as well.  With such problematic affiliations and incentives, it is difficult to know where Chief Sock and his advisors’ loyalties lie.  Perhaps his arrest with the people is a testament to allegiance.

Deveau has been contracted by the province of New Brunswick for an advisory role in the negotiation meetings under the company name Wolf Industries.  According to the Halifax Media Co-Op (HMC), Deveau has confirmed that he does, in fact, receive a provincial pay check, though feigned temporary ignorance when questioned of which provincial department employed him.  The HMC also reportedly assumes that Metallic has been subcontracted an advisory position by Deveau’s Wolf Industries.  And what does Wolf Industries do?  They specialize in site preparation contracting and other heavy civil and engineering construction or landscaping services.  While Wolf Industries may or may not be currently employed by SWN or another gas and oil company, the potential for such is enough to warrant uneasiness.

The found notes include cryptic information such as:

“Time is what is needed to settle the volatile situation.”

But it is this final note that seems to echo the most:

Many have questioned the validity of the notes, but the final, above portion certainly corroborates with the actions of yesterday morning.  And they fit well with the press releases made by the Crown and Harper, too.  Mix that with the possible agent provocateur(s), Molotov cocktails and a domineering government with an itchy trigger finger and you’ve got yourself a frack of a mess.  Perhaps Canada is trying to seize its economic moment in the world? 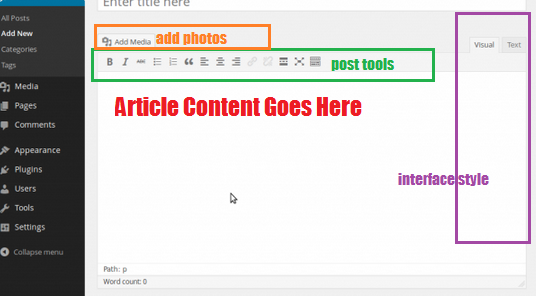 Whatever the drama, the spy vs. spy cat and mouse games, whatever the violence and misinformation out there, simply remember what this is all about, what is at stake here.  As one woman from the frontlines posted at the end of a long day, “The Mi’kmaq people just wants the world to understand that this situation is serious, and will affect everyone. They will speak from their heart.”

The earth is in trouble.  The land needs us.  The water needs us.  And we need them.  This is life and death, and the Mi’kmaq Warrior Society knows that all too well.

Click here for a meme listing various coverage and videos regarding Thursday’s event.