I have never owned a car. I lived in Chicago for almost 25 years without one. I took buses and trains around the city daily. I also walked and rode my bike year round for many years. Whenever I was afforded the opportunity to break out of the asphalt barrier that encases major metropolitan areas like Chicago, I again took buses and on occasion would rent a car for a day or two. Riding a bike in a city like Chicago can be a dicey proposition. I was hit by a car doing a “rolling stop” through an intersection. I had two bikes stolen and parts of others removed while chained to bike racks. I was literally run off the road at one point and once had a Big Gulp thrown at me from a passing car. I still feel I was better off on a bike than in a car.

When I moved to Madison, I downgraded my urban experience from a city of three million to a more manageable city of 240,000. I wasn’t sure if the public transportation system would be as dependable, or reach as many destinations as the CTA does in Chicago. Maybe I would have to get a car, I thought. I was wrong. Madison is a bike friendly town. It has several dedicated bike boulevards where motorists must yield to bike traffic. The city has great bike trails too. They’re scenic, convenient, cleared of snow in the winter and are great for simply getting from Point A to Point B without having to fight car traffic. Madison has a pretty reliable and cheap bus system as well. It’s not as extensive as the CTA in Chicago, nor does it run as frequently, but I’ve never seen a case of bus bunching like I did in Chicago. (Bus bunching is where, instead of one bus every fifteen minutes, you might get two every thirty minutes or three every forty-five minutes, or worse). Not all cities are as bike friendly as Madison, but bike activists have been making inroads in their efforts to change attitudes in many cities across the country.

Here are five reasons that bikes are better than cars:

The health benefits of riding a bicycle are many. It’s a great way to get your daily exercise. It’s a cardiovascular workout that can decrease your risk for heart disease. It gets your heart rate up, and if you keep it up for twenty minutes or more, you’re burring calories galore. When you’re fit and exercising regularly, your body is better at fighting disease. Exercise actually gives you more energy too. Riding your bike to work in the morning will pay off all day long.

When I tell people that I don’t own a car, people typically say one of two things: 1) I wish I didn’t have a car, and 2) That must save you a lot of money (which is mainly why people wish they didn’t own a car). Money, that’s a benefit that often gets left off the list of bike benefits. It’s a different way to help you stay green except in this case it’s green backs we’re talking about. I like to be self-reliant and that means I don’t like debt. Not having a car is a good way to avoid the financial pitfalls that come standard with all vehicles: insurance, maintenance costs, costs incurred from accidents, ever-fluctuating fuel prices, etc.

Riding your bike to work makes your job seem like just one stop on a journey instead of a dreaded final destination (assuming you don’t love your job as much as you love your bike). You can also enjoy the peace of mind of knowing that you are responsible for reducing your carbon imprint by dropping out of the car culture. Exercise is also a natural mood elevator, so it can help you fight depression and stay positive and focused.

4) Explore Your Neighborhood and Your City

I live five minutes, by foot, from one of my part-time jobs and fifteen minutes, by bike, from the other. It’s way I chose an apartment in neighborhood I did. By biking and walking, I know my neighborhood more intimately than I ever would have if I had a car. I get my haircut two blocks away, my optometrist is at the end of my street, there’s a grocery store ten minutes away by bike, there are great restaurants, two brew pubs and a few dive bars all within walking and biking distance of me. I’m fifteen minutes from downtown and ten minutes from two lakes. Biking (and walking) is a great way to get to know your city and all its unique and interesting side streets and neighborhoods..

Bikes are good for the environment. That’s pretty obvious. (Every thing on this list is obvious, I think).  From noise pollution to air pollution, from traffic to car crashes to C02 emissions and our reliance on fossil fuel, there are myriad problems with cars and car culture, any one of which is reason enough to trade in your four wheels for two.

Much like the decision to go vegetarian or vegan, or to eat locally or organically, will challenge you to think about what you eat and where your food comes from, giving up your car forces you to think about the reasons you thought you needed it in the first place. When you start to think about the negative impact cars have on our health, our communities and the environment, you really start to explore the alternatives. If you don’t think you can give up your car completely, just try it for a week. See if you can’t function in the same capacity by relying on public transportation, your bike or your own two legs. Once you realize that it’s not the end of the world to not drive a car, and understand that it could be the end of the world if we don’t limit our reliance of gas guzzlers, you might find the choice is easier than you think. 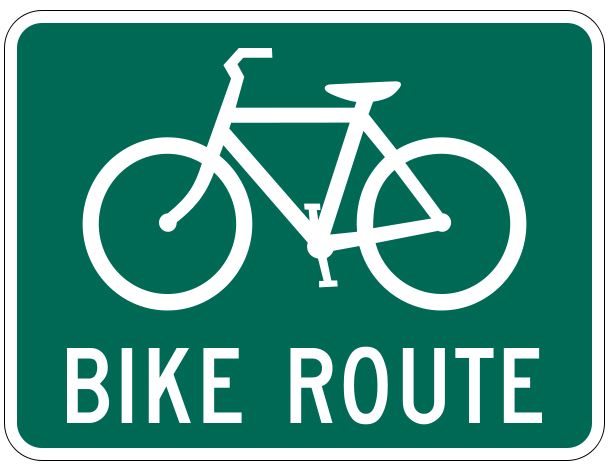 Chris Auman is a freelance writer, musician and comic & zine creator based in Madison, Wisconsin. He cooks part-time at the vegetarian Green Owl Cafe in Madison when he is not writing about cooking, biking, music, comics and whatever else interests him that day.